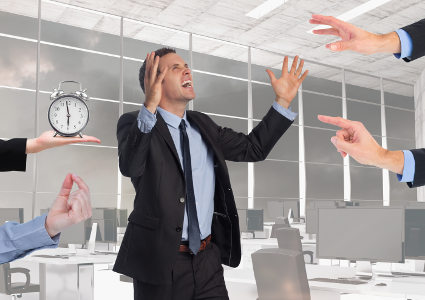 How Do I Sue My Employer In California?

An unanswered question that frequently pops up in the minds of most disgruntled California workers is simply “How Do I Sue My Employer in California?” The nuts and bolts of litigation can often be an intimidating topic to research, and most workers choose to hire attorneys to represent them. Nevertheless, this post will attempt to provide a general summary of the litigation process to the everyday employee.

This can be a tough proposition to approach without an attorney because of the complexities of California and Federal Civil Procedure, deadlines, and formalities involved.

First, your employment attorney will begin by gathering and reviewing various documents, including but not limited to: employment contracts, pay stubs, time cards, and emails/text messages between you and your company’s human resources department. If your employer has withheld your California final paycheck, you will also need to provide a breakdown of the hours and days that you worked but did not get paid. This initial stage will assist him or her in establishing various “causes of action” as well as legal theories against your company. Calculations will be made to determine the total amount unpaid compensation (unpaid wages, overtime, meal and rest premiums, etc.) due, as well as the corresponding penalties for violations of the law. You or your lawyer may also make request pursuant to the labor code for employment records from your company.

Second, your attorney will then proceed to draft a demand letter to your employer laying out all the facts and legal theories of your case. This correspondence will also have evidence attached as exhibits notifying your supervisor of all the violations that have occurred and the associated penalties the law provides. The letter will include a demand for monetary compensation (a settlement offer) with a deadline for compliance with the threat of legal consequences (litigation). If your company agrees to settle, the process ends. In the event a settlement is not reached, your lawyer will look to file a complaint with the Federal Court or County Superior Court.

In the event a resolution cannot be reached, you will have to file a complaint in Federal or State Court. Filing fees vary for each county and different federal districts. They range anywhere from $400 to $500. The complaint initiates civil litigation between the parties, asserts various causes of actions, alleges facts, and a prayer for relief. This legal document alleges the facts and identifies the actions that you want the court to take on your behalf, and discloses the damages you seek. The complaint along with the civil summons will need to be personally served. Your employer (the Defendant) will have an opportunity to respond to the complaint by either filing an answer or other responsive pleadings challenging the complaint. The answer documents your defendant-employer’s denials of responsibility and its affirmative defenses.

Discovery is the fact finding and investigative phase of pre-trial litigation whereby each party can obtain evidence from other parties using discovery devices such as form interrogatories, special interrogatories, demands for inspection, request for admissions, and depositions. Each of these devices has a unique function and provides a different method for evidence gathering. The evidence that is collected and testimony that is recorded is used at trial at a later date. Some of the evidence will be deemed inadmissible by the judge. During this phase, motions are filed to resolve various disputes regarding whether or not certain documents and other evidence must be produced. Sometimes the findings in the evidence produced and even the pressure of a witness having to testify under oath in a deposition proceeding helps the parties resolve before the case goes to trial.

According to a 2004 U.S. Department of Justice study, about 97% of all civil case are settled or dismissed before trial. This is mostly because trial is expensive and consumes a substantial amount of time. This is where the action happens. Most attorneys and even clients get jittery just thinking about the risks involved.

First, the plaintiff and defendant go through the process of jury selection or “voir dire.” If there is a bench trial, meaning that the judge serves as the fact finder in the trial proceeding, then jury selection does not take place. Each prospective jury member is interviewed by attorneys from both sides, and the judge also asks questions. Prospective jurors having been interviewed may be disqualified for cause. Also, each side has a certain number of peremptory challenges to remove jurors without cause. The whole purpose of this process is to ensure that a fair and impartial jury can be obtained.

Second, trial commences, and attorneys from each side provide opening statements. Opening statements are essentially the introductory speeches that provide the background and a summary of the facts of the case. The statements cannot be considered as evidence by the jurors or the judge in a bench trial. Each side can only make one opening statement (Civ. Proc. Code §§ 607, 631.7.) The plaintiff goes first followed by the defendant. The time allocated for opening statements is within the judge’s discretion.

Third, each side calls witnesses and the attorneys examine the witnesses in front of the jury. Each witness is subjected to “direct examination,” it is essentially the process by which the party calling the witness to testify elicits testimony (asks questions) to support their own claim or defenses. On direct examination, each side is also afforded the opportunity to call an expert witness (typically an accountant in employment related matters.) The opposing party is then given an opportunity to “cross-examine” the same witness. Cross examination allows the opposing party to elicit testimony in order to either refute the Plaintiff’s own claims or to call into question the witness’ own credibility. Specific rules govern the type of questions that an attorney may ask. The opposing side is given an opportunity to object on various grounds, either for certain type of evidence being admitted, or the line of questioning that is being asked. This is followed by “redirect examination” whereby the party that called the witness in the first instance is allowed an opportunity to follow up on the scope of questions that the cross-examiner asked.

Fourth, after all the witnesses have been called for both sides, each party will make a closing statement to conclude their case. What this usually means that each side make an emotionally charged oral argument based on the evidence and testimony presented to persuade the jury to decide in their favor.
Finally, jury instructions that have been previously agreed to are read out by the judge to the jury. The jury then deliberates on the questions, and votes. The jury is expected to deliberate until they arrive at a verdict or are discharged by the court. The verdict is read to the court, or written on a piece of paper. Judgment is then entered by the court.

What Are The Alternatives?

If you don’t want to deal with the complexities of civil court, and prefer a much more informal streamlined process with less rules you may consider filing a complaint with the Department of Labor Standards Enforcement. This is an administrative agency with a courtroom atmosphere similar to small claims court. The rules of civil procedure and evidence are relaxed, and you do not need an attorney to represent yourself.

At Will Employment California,
Can My Boss Fire Me At Anytime?

California Labor Board Complaint – How To File