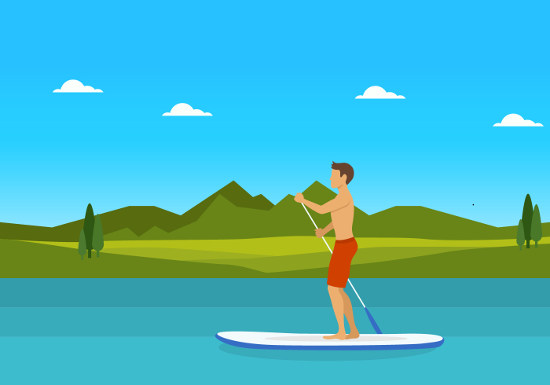 Vacation time is an essential benefit needed to prevent exhaustion in employees. It grants them time away from work to clear their head, relax, pursue hobbies, and spend quality time with family and friends. For this reason, it is vital that employees understand the vacation laws in California, and the rules that govern the accrual and use of vacation, as well as paid time off (“PTO”).

It is, unfortunately, not unheard of for employers to distribute vacation days in a way which is illegal and causes employees to lose out on both time and wages.

According to a recent study from campaign group Project: Time off, American workers on average took 17.2 days of vacation in 2017, which was the highest level in seven years. Research showed, however that the U.S. workforce is reluctant to use up all of its annual leave allowance. In most cases workers had vacation time left in the bank upon termination or separation from work.

This article discusses the rights employees are entitled to concerning utilization and accrual of vacation time. A thorough understanding of the laws and regulations discussed below will help prevent abuse of regulations and even the withholding of wages which the employee may not be aware they have earned.

Are Employers Required to Provide Vacation? 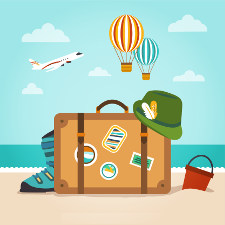 Despite being a liberal blue state, employers are not required to provide vacation days to their employees. There is no state or federal law which mandates vacation or paid time off to be a part of every employment relationship. This means that it is voluntarily provided at the discretion of the employer. Further, it is even legal for employers to give the ability to accrue vacation to specific groups of employees but not to others.

By way of example, temporary or part-time employees often do not receive vacation time. Therefore, it is vital for employees to understand the terms of employment before accepting a job.

When vacation time or PTO is promised to employees under an employment agreement or policy, the California labor code requires that employers who offer paid vacation to adhere to all rules and policies put forth by Industrial Welfare Commission, as well as the courts.

California officially considers paid time off to be a type of deferred wage received in exchange for services performed. Once the vacation is accrued or earned, then it is considered vested.

“Use It or Lose It” is Illegal

Both of the above examples effectively involve the employer denying earned wages to the employee. This rule applies to all forms of paid time off. Furthermore, employers cannot circumvent this rule by using alternative naming schemes such as “floating holidays” or “personal days.”

A “use it or lose it” policy also quickly opens the door for unscrupulous behavior by the employer, as it is legal for an employer to control when an employee takes a vacation.

Therefore, an employer utilizing the first example policy discussed above could merely deny an employee’s every request over the course of a year, effectively denying them all 10 of the vacation days which they should rightfully earn.

Payment of Vacation on Termination

Since vested and unused vacation is considered wages it must be paid to employees at termination, resignation, or retirement, at the rate of pay that is in effect with the employer. (Lab C §227.3). Employment relationship governed by a collective bargaining agreements, however, are not covered by this statute. (Id).

If the employer terminates the employee, vacation pay must be cashed out and delivered at the time of termination. If the employee voluntarily resigns but has provided at least 72 hours of notice, it must be given to the employee on their final day of employment. If less than 72 hours’ notice is given, the employer has 72 hours from the time of receiving the notice to provide the deferred wages to the employee. Failure by an employer to promptly deliver compensation for unused vacation days may result in the employee being awarded additional money in the form of “waiting time penalties” in accordance with California Labor Code 203.

Further, at least one case (Chapin v Fairchild Camera & Instrument Corp. (1973) 31 CA3d 192) has ruled that a sale of a company constitutes a termination that causes a seller’s duty to pay out accrued vacation time to the company’s employees. This is the case even if they continued to work for the buyer. (See also 2002 DLSE Enforcement Polices and Interpretations Manual §15.1.11 (rev 2009)). Get more information on waiting time penalties.

While “use it or lose it” policies are considered illegal according to California law, it is legal for employers to implement probationary periods in which no vacation is earned or may be used. Probationary periods may be set at any length the employer desires; neither federal nor state law has established required minimums or maximums.

Depending on the nature of the probationary period, an employee may or may not be eligible for payment of unused vacation days upon resignation or termination. To further clarify this point, two examples are discussed below:

It is also legal for employers to implement a system of caps, in which employees who have accrued a certain amount of vacation days will not earn any more until they use the ones they have and fall below a particular established cap. For example, an employer may mandate that each employee may earn up to 2 weeks (10 days) of paid time off, and may earn no further until they have used up at least 1 of those days.

The legality of caps was established by California courts in the 1992 decision Boothby v. Atlas Mechanical Inc. In the wake of Boothby, attempts were made by California’s Department of Labor to establish a maximum rate for caps of 1.75 times the rate of vacation day accrual.

However, these attempts were not completed, and there is currently no minimum or maximum cap rate active in the state of California. It is merely stated that caps must be “reasonable,” which is often determined by state courts.

Vacation is Accrued on a Pro-Rata Basis

In addition to Boothby, a second case decided by the California courts established a vital regulation regarding vacation days. This was the 1982 decision of Suastez v. Plastic Dress-Up Co., in which the Court ruled that all vacation days must be accrued on a pro-rata basis.

This decision was made to discourage employers who were denying employees’ requests for paid time off on the basis that “they had not yet earned they time they were requesting, and would not until the end of the year.”

At the end of this period, the employee is considered to have accrued 6 of their yearly 12 vacation days. Having the employee accrue no days during the probationary period and then receive them at a rate of 2 per month during the last six months of the year would be considered a violation of the Suastez decision and therefore illegal.

A Complete Guide to Gratuity & Tip Laws in California