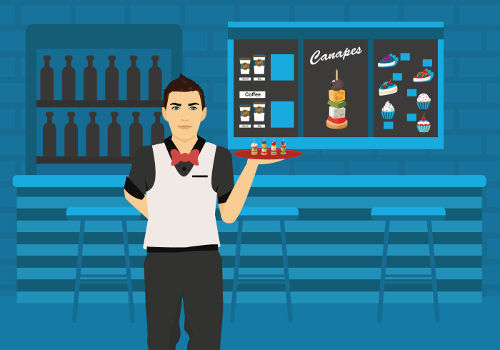 A Complete Guide to Gratuity & Tip Laws in California

Employees in the hospitality industry already have it tough enough dealing with difficult customers who demand the world from them. Having to understand the minefield that is California tip laws is something they probably don’t want to deal with. This is especially the case when faced with disputes over tip skimming with their employers or coworkers.

Unfortunately, the bad news for hospitality workers is that wage theft is on the rise. In fact, according to a report by the Economic Policy Institute, each year wage and hour violations by employers fleece California’s workforce by nearly two billion dollars in hard-earned wages. The good news, however, is that employees reading this quick guide can better position themselves to avoid falling victim to tip & gratuity theft.

Both the federal Fair Labor Standards Act and California’s Labor Code (specifically Codes 350 through 356) regulate tips and gratuities. Some cities in California, such as Santa Monica, have also passed local tip-related ordinances.

When deciding workplace-related issues and conflicts, California’s courts will always use the law most protective of the employee. In the case of tipping, California’s state laws offer greater protections to the employee and set more significant restrictions on the actions of the employer than the Federal Fair Labor Standards Act. Therefore, courts will primarily rely on California state law in tipping-related matters.

What Exactly Is A Tip/Gratuity?

The words gratuity and tip mean essentially the same thing. They are defined as money voluntarily left for an employee of a business by a customer that exceeds the amount owed for goods or services. Tips are used by customers to reward excellent service and can range in value from a few cents to 18 or even thousands of dollars or more. In fact, one of the most generous tips ever given took place in 1984 when New York detective Robert Cunningham left a Pizzeria waitress half of the proceeds of a lottery ticket worth three million dollars.

In California, the answer is no (Lab C §351), although there is an exception for tip pooling. Why? Because quite simply, a tip is a gift given by a patron to an employee of the business and is not intended to be given to the business itself. This means that:

Although as a general principle employers and their agents cannot share in the tips, the California 4th District Court of Appeal in the case of Chau v Starbucks Corp. (2009) 174 CA4th 688, 697 concluded that a shift supervisor, acting as part of a customer service team of a coffee shop could share in collective tips, because customers intended that the tips be shared by all of the counter staff (more on tip pooling in a bit). 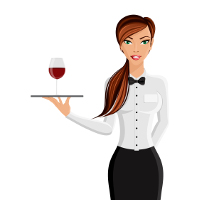 If a tip is paid indirectly by adding it to the total on a credit or debit card, the employer must distribute that tip to the employee no later than the next payday following the authorization of the charges. (Lab C §353). Further, if a tip is paid using cash or a check, the employee must immediately receive it. Employers in California may not deduct any amount of money from the tip to cover credit card processing fees. These fees are the responsibility of the employer and not the employee to whom the tip belongs. It is also the responsibility of the employer to keep records of the tips it receives. (Lab C §353). Any violation of these tip related provisions is a misdemeanor. (Lab C §354).

Tip crediting is a business practice in which an employer considers an employee’s tips as part of their wages. This allows an employer to save money by paying their employees less than minimum wage.

Tip crediting is legal according to the Federal Fair Labor Standards Act. HOWEVER, it is illegal in the state of California pursuant to Labor Code section 351. This Code states that employers may not benefit from tips received by their employees. Courts also have ruled that it is an unfair business practice to credit tips against minimum wage. (People v. Los Angeles Palm, Inc. (1981)121 CA3d 25, 35, 175 CR 257, 263; Henning v. Industrial Welfare Comm’n (1988) 46 C3d 1262, 1280, 252 CR 278, 289). Ripping off your employees by skimming their tips is not only stupid it is illegal.

Because California’s courts are committed to upholding the laws most beneficial to the employee, all employees must receive minimum wage regardless of tips received.

What is a Mandatory Service Charge?

Service charges are not the same as tips, and are legally considered the property of the employer. An employer may distribute the service charge to their employees, but are not required to do so by law.

HOWEVER, some cities in California, such as Los Angeles and Santa Monica, have passed local ordinances requiring employers to distribute 100% of service charges to employees. Check your city’s local laws to find out if a similar requirement exists in your area.

Because service charges are legally distinct from tips, they are allowed to be considered part of an employee’s wages. They may also be included in the employee’s “regular rate of pay” when calculating overtime hours.

If a customer chooses to tip in addition to paying a service charge mandated by the employer (a process known as double tipping), the tip is still legally the property of the employee, and all other rules regarding tips apply to it. This is the case even if the employee receives the service charge.

What is Tip Pooling?

Tip pooling is a practice in which tips (either all or a set percentage) received by employees are gathered up by the employer and redistributed according to a predetermined system. Many employers practice tip pooling because they feel it is fairer to their employees.

Tip pooling is legal both federally and in the state of California. However, there are rules governing pooling to ensure that employers do not benefit unduly from the practice.

• Tips must be distributed in a fair and impartial manner. For example, a system which gives 15% of tips each to waiters/waitresses who serve customers directly and 5% each to hosts/hostesses and bartenders would be regarded as fair. A system which gives 90% of tips to hosts/hostesses and only the remainder to waiters/waitresses would not be considered fair, as it favors one type of employee over the other.

• Employers, owners, managers, and supervisors may not receive any part of the tips. Generally, a person is legally prohibited from being included in the tip pool if they have the authority to hire and fire other employees.

However, it is important to note that the California Supreme Court has, in a few isolated cases, ruled that supervisors may participate in a tip pool if and only if they spend the majority of their time serving customers directly. The most pertinent example of this is the case of Chau vs. Starbucks Corp, in which a Starbucks supervisor was allowed to participate in a tip pool because they spent the majority of their time working the counter, serving drinks and generally performing the duties of a barista.

Some states have laws mandating that only employees “directly in the chain of service” such as hosts and waiters may participate in tip pools. However, neither California nor the federal Fair Labor Standards Act contains such a law. It is legal to include bartenders, busboys/busgirls, and even kitchen staff in tip pools even if they do not directly interact with customers.

Employers must keep accurate and up-to-date records of all tips received by their employees. This includes tips paid both directly (cash, check) and indirectly (credit or debit card).
These records must be available at any time for inspection by the California Labor Commissioner’s Office. This helps to prevent tip crediting and other illegal practices.

What Are the Criminal Consequences For My Employer?

Violation of California’s tip laws is considered a misdemeanor. Employers may be punished for such violation by a fine of up to $1,000 or an imprisonment of up to 60 days. They may also be required to compensate employees for any tips or wages which were illegally withheld.