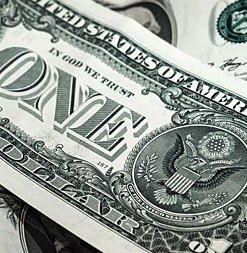 Do you feel like your employer is constantly ripping you off? Does your employer have an alternative payment system that doesn’t pay by the hour? Is your employer frequently nickeling and diming you on pay? Your employer may be denying you minimum wage pay or contract wages.

Although some exceptions apply, under California labor law, all employees must earn a minimum wage of $10.50 an hour. Employers often violate this requirement by using alternative payment schemes that are intended to save them money but ultimately end up paying an employee less than minimum wage.

Some examples of these alternative payment schemes include piece-rate, commission, and other works except outside salespersons. For hourly workers, their hourly rate of pay must be at or above this minimum. For piece-rate employees (those that are paid based on the number of units they produce rather than the number of hours they work), the average hourly earnings during the workweek must equal at least the minimum wage. Similarly, the commission that is paid to employees must be sufficient to meet the minimum wage requires for the workweek.

As a further penalty and disincentive to prevent employers from engaging in wage theft and denying workers minimum wage, the California legislature has put in place Labor Code Section 1194, which allows employees to recover attorney fees, interests, and litigation costs in a successful action to recover minimum wages.

Wages paid by an employer that are above minimum wage are negotiated as a matter of agreement between the employer and employee. Unpaid wages are enforceable by an action by way of a lawsuit for breach of contract. Often an employer will withhold payments, and not pay them to an employee when the employer is having financial problems or merely intends to shut down its business presuming that once the company is dissolved the employer has no liability to pay.