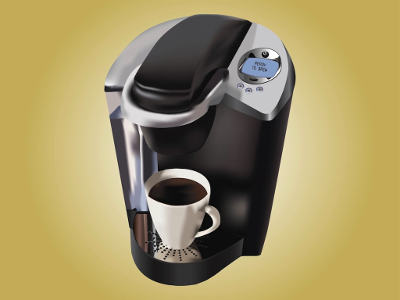 Are Unpaid Internships Legal in California? A Law Guide for Interns

Unpaid Internships in California have seen a steady increase over the years. It’s easy to see why – internships give students and other young adults a way to obtain real-time, hands-on experience in fields they hope to pursue. They also offer large companies a nearly endless source of free labor to stock their offices with. What most don’t know is that many of these internships are in fact illegal.

There are strict laws that define precisely what an internship position must entail to be legally unpaid. Many so-called “internships” are tricks used by employers to save money. “Interns” perform the duties of paid employees without receiving any compensation, providing benefit to the company for little return.

In years past there was more of a symbiotic relationship, but following the great recession more and more companies have looked to unpaid interns as a way to replace their paid workforce and pad their bottom line.

This guide will help you understand exactly what is and is not legal in regards to internship positions. You will be able to seek out internships with the confidence and knowledge necessary to avoid ill-defined positions, misleading employers and the denial of rightful compensation.

In 2010, the California Division of Labor Standards Enforcement (“DLSE”) recognized this problem and adopted the Department of Labor’s and Fair Labor Standards Act’s six-factor test for determining if an internship should be paid. The objective was to ensure that companies provide a meaningful learning experience for their interns. The analysis assumes that interns are employees and must be paid minimum wage and overtime unless the following factors are established:

If a putative intern’s position does not pass any one of the above tests, they must be legally considered an employee. They must be paid at least minimum wage, be compensated for overtime, and receive meal and rest breaks. For a further explanation of the laws which protect employees in California, please see our guide on exempt employees

Currently, California courts utilize the tests defined by the federal Department of Labor in determining whether or not a position qualifies as a legal unpaid internship. California’s Division of Labor Standards Enforcement (DLSE) officially adopted the standard in an Opinion Letter published in 2010.

It is important to note that, prior to 2010, the DLSE utilized a set of eleven tests, the six defined by the Department of Labor plus five additional tests unique to California. While the five additional tests are no longer an official part of California’s laws regarding unpaid internships, they may still be utilized by courts as part of a close examination of an individual intern position. For this reason, the five pre-2010 standards have also been enumerated in this article.

As with employee exemptions such as the professional, administrative, outside salesperson, and computer professional, the tests used to determine the legality of internships are qualitative. They focus primarily on the actual duties performed by the intern/trainee, rather than the job description provided by the employer. The six standards are explained in detail below.

This ensures that the intern is performing duties from which they will learn essential skills related to fields they are pursuing or wish to pursue. The 1947 federal case which first established the “trainee” vs. “employee” distinction, Walling v. Portland Terminal Co., described valid legal “training” tasks as providing hands-on experience not always obtainable in a classroom. (In Walling’s example, trainees learned the operation of machinery in a railyard).

Tasks which do not qualify as valid for “trainees” include routine, everyday duties such as photocopying, making coffee, ordering meals for executives, or sorting paperwork. “Interns” performing these tasks were judged by the courts in Glatt v. Fox Searchlight Pictures, to not be obtaining skills relevant to any field of employment.

“The training is for the benefit of the trainees”

Trainees/interns should receive benefits from their time working with the employer. They should gain skills which can be put on a resume and used to obtain future jobs in that field. They will likely come away from their internship more proficient with machinery, software, techniques, and practices used in their field of study.

This standard requires employers to clearly state what benefits their interns will receive when advertising the position. Vaguely defined terms such as “experience” or “resume building” are not acceptable; the employer should state concretely what skills the trainee will gain.

“The trainees do not displace regular employees, but work under close observation”

Trainees or interns should not be performing unsupervised work during their time in the position. That a trainee can perform a task unsupervised is often an indication that it is routine, menial, and/or does not meet the first test as described above.

The employer that provides the training derives no immediate advantage from the activities of the trainees, and on occasion, its operations may actually be impeded.

This test ensures that employers cannot use interns as free labor, as was determined to be occurring in Glatt. Examples of benefits an employer may receive from an illegal unpaid internship include: being able to hire less employees, saving money on incidental costs (ex: having an “intern” pick up meals rather than paying for delivery) and forcing the “interns” to perform personal tasks such as dry cleaning an executive’s suit jacket.

It is important to note that this test is not a question of “who benefits more.” Benefits obtained by employers such as those discussed above are not canceled out if the intern also benefits. The employer should not benefit in any way from the presence of the trainee.

A legal unpaid trainee situation often requires sacrifice on the part of the employer – most usually in the form of time spent supervising and teaching the trainee.

While an unpaid trainee may certainly apply for a position at the company where they served as an intern, such a position should not be guaranteed by the employer at any time. They should have to go through the same process as any other prospective applicant.

This test also serves to punish falsified job descriptions, as employers may not claim the position will lead to a guaranteed job when advertising an unpaid internship.

As with the fifth test above, the sixth test ensures that employers are honest when creating job descriptions for unpaid positions. The trainee must be aware before accepting the position that they will not be financially compensated.

One way in which employers avoid paying interns or other employees is by claiming their work to be volunteer in nature. However, the Department of Labor defines volunteer work as performed for “civil, charitable, or humanitarian reasons” and, most importantly, as willingly performed by the volunteer him- or herself.

A person who chooses to donate their non-work hours to organizations such as the Red Cross is considered a volunteer. A person, including an intern, who is forced by their employer to perform volunteer tasks is not legally recognized as a volunteer, and has the right to financial compensation. For example, a company “volunteering” one of their “interns” to work at a blood drive at the Red Cross during their work hours would be violating the first of the six federal tests. The position could not legally be considered that of an unpaid trainee.

If you believe you have been misclassified as an intern or volunteer, or that an unpaid internship in California of which you were a part of did not meet the federally established standards, contact us immediately.