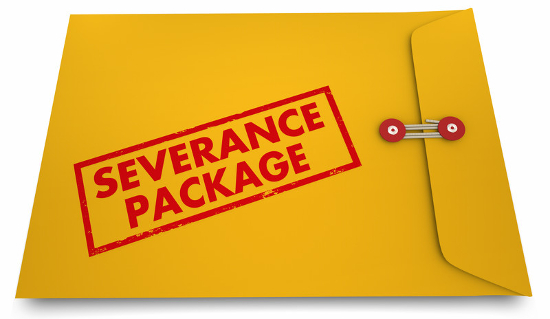 Picture this, your supervisor walks into your office notifying you that the company will be parting ways with your services beginning next week. An anxious feeling sinks into the pit of your stomach as you begin to think about gathering your belongings and updating your resume. Sometime later that day the company’s human resources department drops off a stack of papers labeled “severance package.”

A string of thoughts start running through your head: what is severance pay in California? Is this a good or bad thing? What’s the catch? Keeping reading because you are about to learn answers about these questions in this free article.

What is a Severance Package? 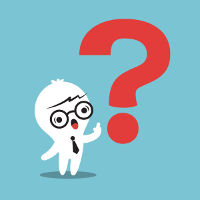 These agreements are often provided subsequent to conflicts arising in the workplace. Employers may sense a dicey situation and seek to defuse it to prevent potential fallout. Other times they may be provided in an employment contract from the outset as an incentive to lure high profile executives and other in-demand workers. The intent often depends on each unique circumstance and the facts leading to the termination of employment.

Generally speaking, employers in California are not required by state law to provide layoff or severance pay to their employees. In fact, no state or federal law actually requires employers to pay severance to employees when they are discharged (the Division of Labor Standards Enforcement is authorized to accept severance pay claims pursuant to Labor Code 96(h)).

However, if legal rights to layoff or severance pay are set forth in the employee handbook or a layoff notice, it would constitute a promise that must be honored. (See Blau v. Del Monte Corp. (9th Cir. 1984) 748 F.2d 1348, 1352–56). Similarly, if severance pay was negotiated and agreed upon by the parties as part of the employment contract, or otherwise, the employer would be obligated to provide it at the time the employee is terminated. Failure of the employer to make the severance payment would give rise to a breach of contract claim and other penalties (more on this later…)

Severance packages may be more prevalent than you would think. A recent study by Lee Hecht Harrison and Compensation Resources Inc, a human resources consultancy firm, surveyed three hundred and fifty senior human resources leaders at major U.S. companies. The findings of the study were astonishing: Ninety-seven percent of the respondent companies offered some sort of severance benefit. Fifty-five percent of those same companies had formal policies, with the majority communicating the terms through emails or bulletins, and only twenty-one percent including them in employee handbooks. Further, fifty-nine percent of the companies said that existence of severance or terms were not included in formal employment contracts.

Could I Be Waiving My Rights? 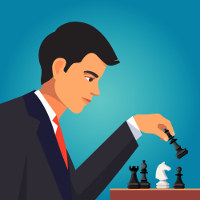 So here is the deal: there is no such thing as a free lunch. Most employers typically offer severance agreements in exchange for a full and final general release being signed by an employee. In fact, in the study referenced above, nearly ninety-two percent of the responding companies that had been surveyed required a release from employees in exchange for severance. Further, sixty-two percent cited involuntary termination as the basis for the circumstance in which they actually paid severance to their employees. Although it is not always the case, it is common for employers to require an employee to sign off and release their right to bring a lawsuit against the employer, or various other rights, in exchange for the benefit of severance.

Therefore, there may be an underlying strategic reason for why severance is being provided to begin with. For example, the employer and employee may have had a dispute over wages, and the employer may have decided to provide severance to get closure on the dispute and ensure that no further litigation would arise in the future. Employers cannot, however, condition payment of wages that they have admitted to owing on the employee signing a release. (Lab C §§206, 206.5). If a bona fide dispute exists over the alleged wages, a valid release can cover the claims. (Chindarah v Pick Up Stix, Inc. (2009) 171 CA4th 796). Similarly, federal wage claims pursuant to the Fair Labor Standards Act require that releases be supervised and approved by the Department of Labor or a court. (29 USC §216(c)).

Often times severance agreements will include what is called a California Civil Code section 1542 waiver. Section 1542 is a provision that was originally put in place by the state legislature to ensure that claimants/parties do not inadvertently waive unknown claims simply by signing a general release. Section 1542 states in relevant part:

“A general release does not extend to claims which the creditor does not know or suspect to exist in his or her favor at the time of executing the release, which if known by him or her must have materially affected his or her settlement with the debtor.”

Subsequent to it being enacted, California courts made it clear that in fact unknown claims could be released so long as the waiver was in writing and the verbiage clearly indicates that the parties want to release unknown claims. Signing such a waiver of the 1542 protections in a settlement agreement may significantly impair a plaintiff’s claims or preclude them from bringing a lawsuit entirely.

Not All Claims Are Waivable

Some claims cannot be waived as a matter of law. These claims Include:

Tip: if your employer provides you with a severance package and requests that you sign a release it is imperative that you have a labor lawyer review the document before signing it. You may be releasing away important claims with monetary values much greater than what is being offered, or the terms maybe illegal or unfavorable and require revision.

Can I Get Penalties If I’m Denied Severance? 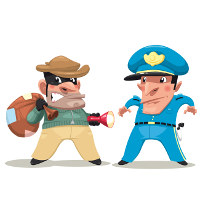 First and foremost, it is important to note that in California Severance pay constitutes “wages” for purposes of the Labor Code. (Triad Data Services, Inc. v. Jackson (1984) 153 CA3d Supp. 1, 7, 200 CR 418, 421). California Labor Code 203 requires an employer to pay all wages earned by an employee on his or her final day if they are discharged or within 72 hours if they voluntarily resigned without providing 72 hours prior notice. The code section provides penalties in the form of one day’s wages for every day the employer is late in paying the final paycheck.

Therefore, if an employer fails to provide unconditional severance pay pursuant to an employment agreement, they may be required to pay waiting time penalties for failing to pay all wages immediately upon discharge or within 72 hours of a voluntary resignation. These penalties can quickly add up to a substantial sum of money, especially if a particular worker has a very high salary or high hourly rate. You can learn all about waiting time penalties here.

Need a Lawyer to Review Your Severance?

One of the major issues that typically come up during severance negotiation is confidentiality. Employers usually at the outset seek to include clauses that bind employees not to disclose that negotiations are taking place, or prevent them from divulging the terms of the severance agreement. The reason is simple: they do not want other employees to have any kind of advantage in similar negotiations. To give teeth to these types of provisions, employers typically provide for liquidated damages and attorneys fees to the party enforcing the agreement if there is a breach. Terms that are favorable to the employee can be bargained, otherwise an employee may find him or herself in a tough position.

Extra Protections for Employees Over 40 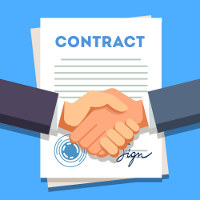 Yes, like most things in life everything can be negotiable. Whether you can negotiate favorable terms and pay upon your discharge with your company, however, will depend on whether or not you have leverage and bargaining power. Ask for too much without having a justifiable reason and your employer may pull the offer off the table. Ask for too little and you may be wondering if you deserved more money on your departure. Hiring a labor lawyer to facilitate and negotiate California severance pay on your behalf can help significantly and alleviate some pressure that you may have bargaining by yourself. While negotiating, your attorney may need to determine the following:

A Quick Guide to Prevailing Wages in California